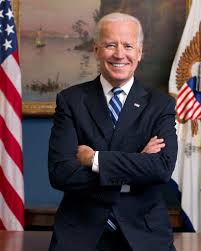 An interesting switch got flipped in my mind recently, and I don’t think that it will be easy for me to explain exactly why this happened. So, I’ll walk you through what happened. To start this description, I’ll say that I watched the following video.

At about 2:45, Joe Biden says:
“We’re in the middle of a pandemic that has cost us more than 85,000 jobs as of today and lives of millions of people.”

The first reaction that most people would obviously have to that is something like: “Wait a sec. That’s backwards. The data indicate 85,000 COVID deaths and millions of lost jobs.” The next thought would probably question why Joe Biden said that. The next thoughts would probably answer that he got mixed up, misread his tele-prompter, or made some mistake.

The final thought in this sequence would probably be a dismissal of the mistake with rationale like “We all get mixed up sometimes” or something like that. This sounds reasonable, especially for Joe Biden, who seems to make this kind of mistake frequently.

For me, however, this struck me big-time. Why? Instead of having that final thought of dismissal, for some reason, this stuck in my mind in a peculiar way, maybe a bit like the proveribal straw that broke the camel’s back. Even though I’ve heard thousands of mis-statements like this in the past, for some reason, this time, instead of dismissing it, my mind started a new sequence of thoughts.

My mind would let me get away with a dismissive thought that someone who cares could mistake the loss of a job with the loss of a human life. The things that I could mistake in this way are things that are familiar, but not relevant and not important to me. For example, if one distant relative had herpes and another distant relative had syphilis, I might mistake who had herpes in a casual conversation. But, I would never mistake one who died with one who lost a job.

For some reason, from this seemingly minor mistake from Joe Biden, I got a new insight. He doesn’t care. He doesn’t care at all. His job is to care about the people who he is representing. In order to keep his job, he has to pretend to care. But, in reality, he cares more about what he’s going to have for lunch than about thousand of deaths or millions of lost jobs, or whichever way that was supposed to be. He just has to read the script and say the right things to put on an appearance which matches the job description.

And it’s not just Joe Biden. The same can be said for nearly everyone in those positions of power.

I’d like to hear your ideas. I realize this is an unusual sequence of thoughts. Does this resonate for you in any way?