Home Your Individual Health Interests and Concerns CBD for Health How Does CBD work? 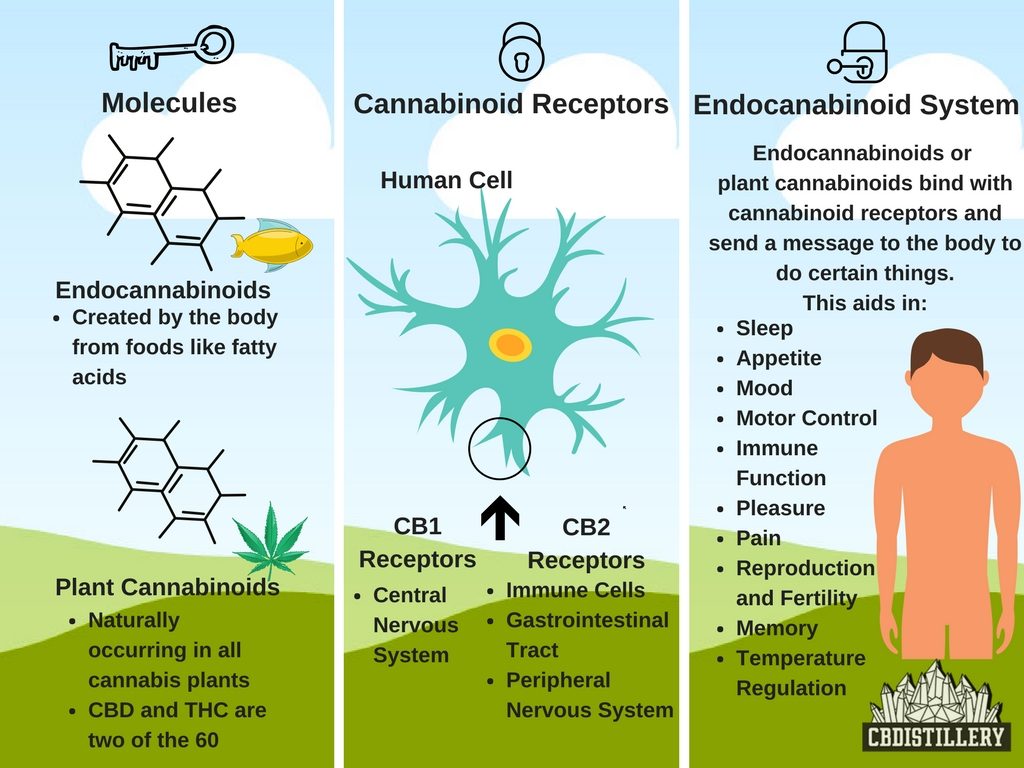 Four primary functions of the endocannabinoid system have been identified as neuroprotection, stress recovery, immune balance and homeostatic regulation.

CBD suppresses the enzyme which breaks down anandamide. Anandamide, also known as arachidonylethanolamide, is a neurotransmitter produced in the brain that binds to the THC receptors, enhances CB1 activation and augments the body’s innate neuroprotective endocannabinoid response. Anandamide binds mostly to CB1 receptors concentrated in the brain and central nervous system. Because CBD suppresses the enzyme which breaks down anandamide, when there’s a higher concentration of CBD, the anandamide in that region persists for a longer time before getting broken down. During that longer lifespan, the anandamide can produce its beneficial effects for a longer time than when CBD is less abundant.

CBD stimulates the release of 2-Arachidonoylglycerol, also known as 2-AG. 2-AG is an endocannabinoid which activates both CB1 and CB2 receptors.