Money is an idea.  Money is what we agree it is.  Money is perception.  Nothing more and nothing less.  In order to achieve appropriate behavior around money, it is essential to follow this principle.
Even though it may not appear logical to most people, this remains true nevertheless. By learning this, you are opening your mind to true wealth. 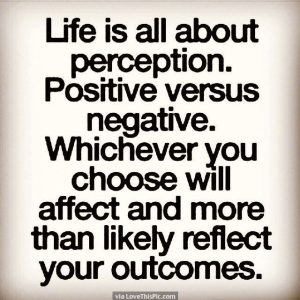 Since I am keeping this article basic, I will introduce some ideas, but not delve very deeply into them.
I give more thorough coverage of these ideas in other articles.
While growing up, I was not fully informed about money.  I witnessed people thinking of money with fear, which caused their minds to freeze up.
Thus, I was actually misinformed.

The only reason people do not regard money as an idea is because of fear.
Understanding helps reduce fear.
Objects are different from ideas.
To explain what I am talking about, here is an example.
If I give you an apple, I no longer have that apple.
If I tell you that eating apples is healthy, I still have that idea.  In fact, the more I teach that idea, the more I will believe it.

My belief in any idea is strengthened every time I express the idea.  I have noticed that this is a primary motivator (usually subconscious) for many of the words people say to each other.  This principle leads to Exercise 1, Communication Awareness (below).  Expressing my ideas has two results.  First, it introduces the idea into the minds of other people.  This gives the idea more strength in the collective consciousness.  Second, it reinforces my belief in it.  Every time I hear an idea (passive), it occupies a little more space in my consciousness.  Every time I teach an idea (active), it occupies even more space in my consciousness.