When money flows, it becomes energy.  When electricity flows, it provides energy.
The only reason that money is powerful is because it is dynamic.  Money is active.
The more dynamic, the more powerful. 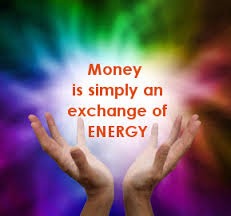 I would like to introduce a couple of ideas about money.
In order to do this, let’s consider some basics in physics.
When an object moves, it has mass (weight), direction of movement, velocity (speed) in that direction, momentum, energy and power.
There are formulae that relate these aspects.

Like I said, I want the power associated with money, not just the weight.
Therefore, I want my money to be as fast as possible.  What does that mean?