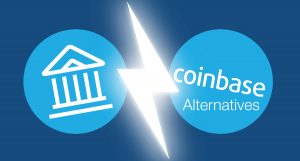 In this article, I will organize some of the content in those videos and add some of my own ideas.
This is part 3 of 4.

Coinbase is setting itself up to become the Amazon of cryptos. One future step is indicated by the fact that Coinbase has announced that it will implement ERC20 tokens. This will help to take another step. The only area in which Coinbase is not yet involved is lending. Lending is the primary feature of the SALT network. SALT is an ERC20 token. If Coinbase incorporates SALT and if it partners with the SALT company, this would be a critical step in the setup to become the Amazon of cryptos.

This business trajectory reminds me of the time when Quicken introduced Quicken loans. Quicken started off as a financial tracking software. Over time, Quicken accumlated more funds. More importantly, Quicken developed strategic contacts. After a while, Quicken launched Quicken loans.

Back at the ranch, what evidence can we see that might suggest that Litecoin might have an interest in cooperating with SALT? SALT is run by Eric Vorhees. Eric Vorhees and the CEO of Coinbase are friends. Eric Vorhees is associated with the Digital Currency Group, the group who owns part of Coinbase. Business is more about relationships than anything else. Charlie Lee of LItecoin has been establishing relationships.

Global Transition to Cryptocurrencies update posts
We are the Love of God, no matter what.
Share this
0 likes
Related Articles
0 Comments