Home Empowerment After 47 Years As Fiat, USD Relinked with Gold by HR 5404?? 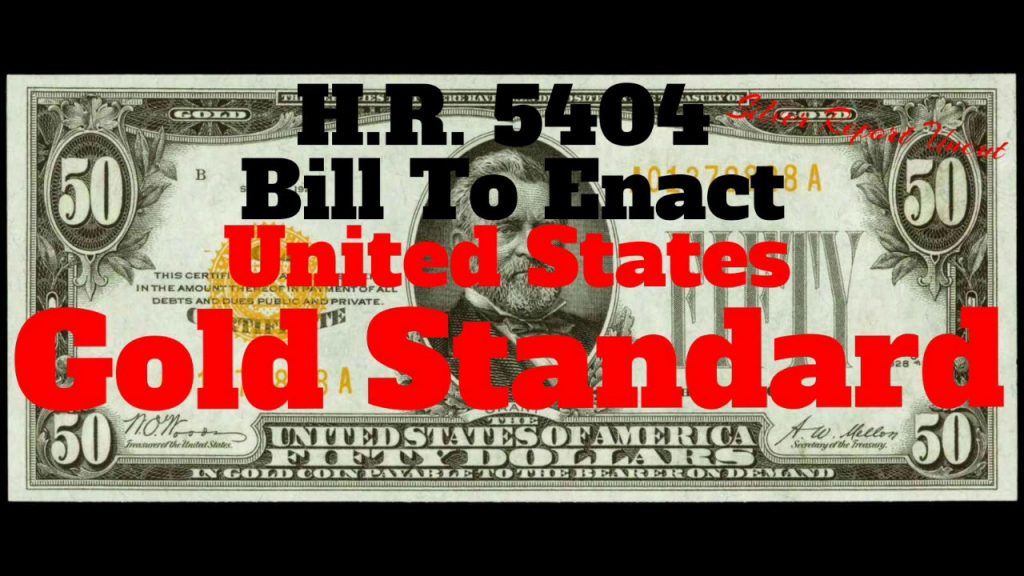 HR 5404 is a bill introduced to the US Congress House of Representatives on 22 Mar 2018. If passed into law, it will “﻿define the dollar as a fixed weight of gold.”

I encourage you to read the text of the bill below. It is in clear, simple English. No need to worry about confusing jargon. It is easy to understand.

Below is pasted from https://www.congress.gov/bill/115th-congress/house-bill/5404/text
﻿

(2) Under the Federal Reserve’s 2 percent inflation objective, the dollar loses half of its purchasing power every generation, or 35 years.

(4) The Federal Reserve policy of long-term inflation has made American manufacturing uncompetitive, raising the cost of United States manufactured goods by more than 40 percent since 2000, compared to less than 20 percent in Germany and France.

(6) The American economy needs a stable dollar, fixed exchange rates, and money supply controlled by the market not the government.

(7) The gold standard puts control of the money supply with the market instead of the Federal Reserve.

(8) The gold standard means legal tender defined by and convertible into a certain quantity of gold.

(9) Under the gold standard through 1913 the United States economy grew at an annual average of four percent, one-third larger than the growth rate since then and twice the level since 2000.

(10) The international gold exchange standard from 1914 to 1971 did not provide for a United States dollar convertible into gold, and therefore helped cause the Great Depression and stagflation.

(11) The Federal Reserve’s trickle down policy of expanding the money supply with no demand for it has enriched the owners of financial assets but endangered the jobs, wages, and savings of blue collar workers.

(12) Restoring American middle-class prosperity requires change in monetary policy authorized to Congress in Article I, Section 8, Clause 5 of the Constitution.